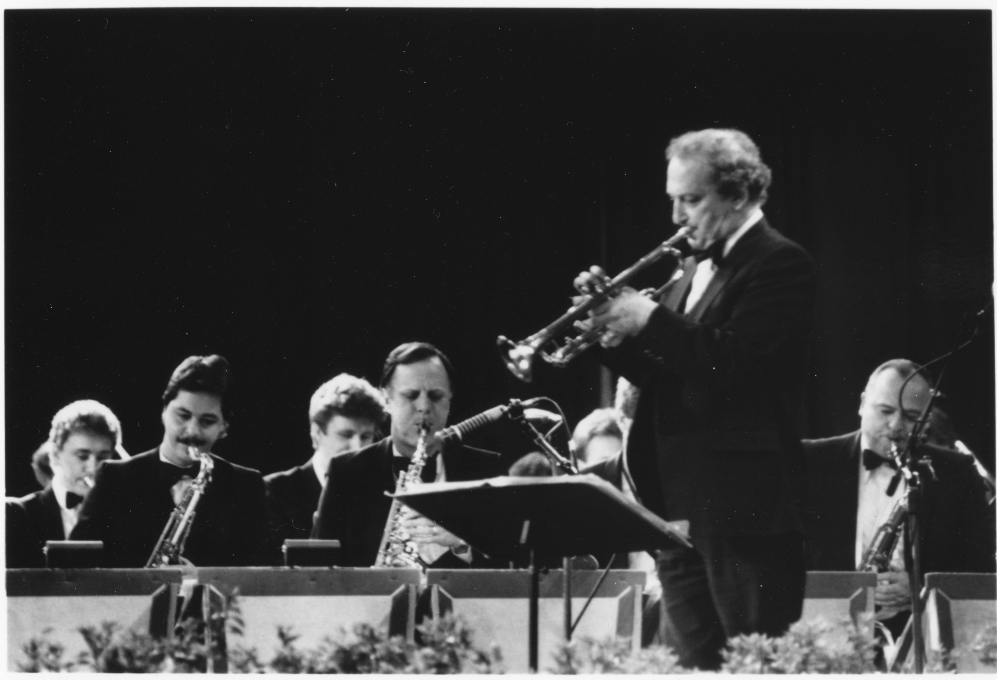 Connecting with the Collection: the Bobby Hales trumpet

Every object housed in the collection of the Chilliwack Museum and Archives has a story. As only a small percentage of these objects can be displayed in exhibitions, the remainder of the 10,000+ artifacts quietly wait for their time to be shown. To keep you connected with the different treasures within the collection, today I would like to feature the story of an old, bent trumpet with a larger-than-life history. 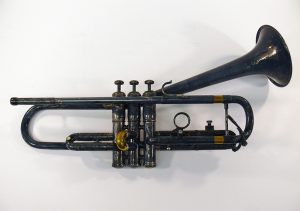 The trumpet with its distinctive bent horn (Chilliwack Museum and Archives, 1987.053.001)

Since his early years, Hales showed an interest in music, and was introduced to the cornet at the age of 9. In high school, he joined the Chilliwack Senior Band, directed at the time by Dick Galloway. Eventually a former teacher and clarinet player, John Bayfield, further recognized Hales’ talent and encouraged him to form a dance band which played concerts at the school cafeteria. This glimpse into the world of performance drew Hales to form a band called The White Spots, who played several concerts, including the Igloo Supper Club in Hope. Hales soon branched into any form of musical outlet that he could find, from church concerts, to the razz band that played basketball games. 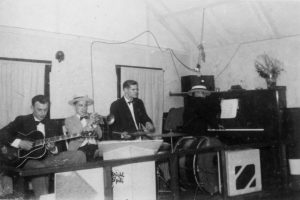 After high school, Hales worked at the bank of Nova Scotia, all the while harbouring the dream of making it as a professional musician. On a holiday to Los Angeles, Hales brought his trumpet to the Olds factory to have it plated. While there, he met fellow musician Rafael Méndez who encouraged him to apply to the Westlake College of Modern Music (a distinguished U.S. school for jazz). When his application was accepted, Hales left to study for 2 years in California, focusing on ear training, conducting, and jazz composition. After graduating in 1957, Hales moved to Vancouver and spent several years gaining entry into the field by working in pit bands and playing nightclubs. His perseverance paid off when he became involved as a composer and arranger for CBC’s Jazz Canadiana radio show, which featured his arrangements nationally. In 1965, he formed a group of 19 fellow musicians, known as the Bobby Hales Big Band, which backed acts such as Sonny and Cher, Bob Hope, Sammy Davis, Jr., and Frank Sinatra.  He also composed and conducted the theme and background music for the popular television series The Beachcombers. In 1977 Hales and his big band completed the first western Canada tour for a jazz band, ever. 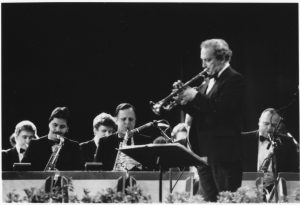 Bobby Hales’ contributions to Canadian music continued from the 60’s, through the 70’s and 80’s, and he was inducted into the BC Entertainment Hall of Fame in 1996.

The trumpet continued to be used by Hales until 1978, when it finally wore out. He bent the bell of the trumpet upwards at a 30 degree angle, which was a method first used by Dizzie Gillespie. The trumpet now rests in the Chilliwack Museum and Archives’ collection, in a case decorated with a “Sinatra On Tour 1976” sticker.