Chilliwack’s rich history is blessed with artists of varying trades.  If you put together all the artists and their works at the Chilliwack Museum and Archives, any nominations list for well-rounded artist would be incomplete without mentioning Frederick Walter Lee.  A painter, teacher, photographer, poet, musician, and activist, F. W. Lee scraped together a living in Chilliwack from his arrival in 1904 until his death in 1948.

Born in England in 1863, Lee ran away from home at the age of 19 to attend the South Kensington Art School.  Lee received early notoriety and was invited by Queen Victoria to make sketches of the Buckingham palace in 1894 and 1895.  In 1899, Lee immigrated to Canada and exhibited at the Royal Canadian Academy.  Lee initially settled in Qu’Appelle, Saskatchewan until a fire destroyed nearly all of his possessions.  Undeterred, Lee set out on a year long trek armed only with his camera, sketchbook, and painting materials across Canada and the United States camping wherever there was water and grass for his horses.  A more detailed account of his travels can be found in his writings at the Chilliwack Museum and Archives (CMA, AM 0021, File 3). 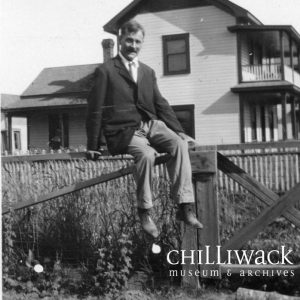 F. W. Lee eventually settled in Chilliwack in 1904 where he remained with the exception of a brief temporary move to Vancouver in 1919. Lee attempted to cultivate land in the area but gave up shortly and moved to a small cabin at 747 DeWolfe Avenue (now 46719 Portage Avenue) where he set up an art studio. Unhappy with the road conditions on DeWolfe, Lee moved to 106 Second Avenue (now 46122 Second Avenue) upon his return to Chilliwack from Vancouver.  Inundated by ill health and hardship, Frederick Walter Lee never achieved the high status his early career indicated.

In Chilliwack, Lee did everything he could to stay afloat.  In addition to his art studio, Lee organized drawing and painting classes during which a student could take a class once a week for one month at $2.50 (drawing lesson) and $3.50 (painting lesson).  Lee also worked at the Wilson Photography Studio for much of his career and sold his own photographs.  In 1907 he published a poem, The Prairie, (written in Qu’Apelle in 1902) in Chilliwack’s The Progress newspaper.  Although there is no evidence he ever made an income from his music, Lee also composed music for the guitar. 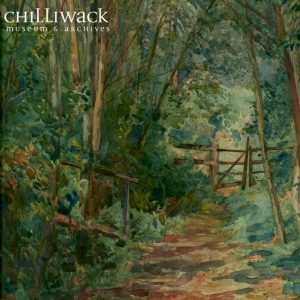 When Lee wasn’t working, his favourite pastime may have been as a citizen activist addressing issues to City Council and writing letters to the paper.  Lee addressed City Council and The Progress about unsightly fences on DeWolfe Avenue, having to endure shootings and sieges in his studio, a “preponderance of thistles” in the lot next to his property, and requested to move a streetlamp 60 feet down the road.  In my personal favourite letter to The Progress in which Lee argued with City Council about his road condition and lot size he said of a council member:

“under penalty of being forcibly removed and forever denied the beautific vision of his august countenance, in fact the offended Deity assured me the process would leave me a shameless withered mass burnt to ashes under aldermanicire, should I ever hint or whisper such a thing as that there is a road leading to my lot.”

Although many secondary sources incorrectly state that Lee died in 1941, he actually passed away in Chilliwack in 1948.  Today, Lee is best known for his natural watercolour paintings of the Fraser Valley.  Many of his artworks, writings, photographs, his memoir, and other biographical information can be viewed at the Archives under the Frederick Walter Lee collection, AM 0021.