A Message From Your Interim Executive Director – Ron Denman

In late July, I received a phone call from past president Fred Feistmann informing me that Executive Director Matthew Francis had resigned for personal reasons. An interim director was needed. I agreed to fill the role until a permanent Executive Director was found. I had thought I was firmly ensconced in retirement though. This past spring, I sold my Cultus Lake home and moved to Hope. Fred’s call came before I even had a chance to unpack everything.

Well now more than six months have passed and I have found many changes. Most notably, there’s an entirely new staff. And I couldn’t be more impressed. Yvonne Contreras fully embraces her role as the administrative and volunteer coordinator. She has an easy rapport with our volunteers, great decision-making skills and the ability to see what needs to be done or changed to improve procedures. Anna Irwin, who was only appointed as Curator in May, jumped into a partially-completed project and grasped all the tentacles to make it a success. The project, funded by the Canadian Museum of History, was to produce a web site centred on the history of Chilliwack’s Chinese community. As of January 15, the site was live, complete with French translations. 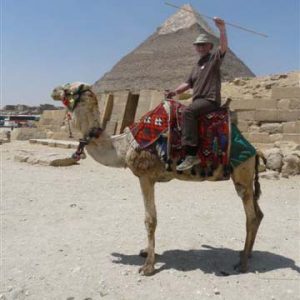 Ron Denman is ready for retirement

Tristan, our Archivist, is now the senior member of the staff. Recently, Don Luxton who prepared a detailed conservation plan for the second floor former council chambers in the fall, asked us to do a deep search of our archives in search of pre-1950 and preferably pre-1920 photos of the interior of the room. Tristan found additional photos that add to the documented evidence already found. He has an amazing grasp of the extent and richness of our archives collection, which is a huge positive for researchers. You can also see interpretation signs at the Elk Creek Trail and on the Rotary Vedder Trail, the result of Tristan’s work.

Sarah Belley was hired in early September to become the Education and Community Engagement Coordinator. This meant immersing herself in the content of our school offerings while editing and printing school programs, and attending events. In December alone she saw 24 classes participate in our school programs.

And of course, there’s our dedicated care of volunteers and part-timers that keep the place running. What a refreshing group of talented minds.

But all good things come to an end. My retirement looms again. Shawna Maurice, formerly the Manager of the Lloydminster Saskatchewan Cultural and Science Centre, is the new Executive Director. Please see below for a profile on Shawna Maurice.

A new energetic young staff, an active and enthused Board of Directors and a champion at Chilliwack’s City Hall, Ryan Mulligan, Director of Recreation and Culture are all the ingredients needed to see the Museum and Archives into the next decades. I feel good retiring again. Thank you everyone for making this latest work stint so enriching.

Welcome to our new Executive Director

In early January, Shawna Maurice, her husband Eric and their two children left Lloydminster Saskatchewan in bitterly cold -42 degree weather, arriving a couple of days later to the usually balmy (it’s all relative) Fraser Valley.  Shawna was interviewed in October and was offered the position of Executive Director of the Chilliwack Museum and Archives. 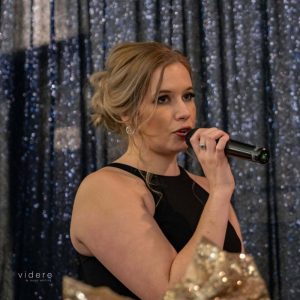 Shawna, who grew up in Grand Falls, Newfoundland, traveled a long road to get here. Since 2010, she worked at the Lloydminster Cultural and Science Centre where she rose to become Manager of the facility. She holds a BA in Anthropology and History as well as a graduate diploma in Heritage Management, degrees from the University of Alberta and Athabasca University respectively.

For Shawna, history is about change and tying the past into the present and future. Making museums relevant for today’s audiences is a focus for her approach to museum work. And it’s an approach that the Board of Director endorses. The next generation is here and along with Shawna and the rest of the staff you can expect great things.