Perhaps you noticed that the Museum was closed this past Tuesday and Wednesday while Chilliwackians hunkered down during our most recent snow storm.  If you have friends and family from nearly anywhere else in Canada, you’ve probably already heard every joke there is about how badly we handle snow in the Fraser Valley.  Rest assured, Ontario is not the sole snowy province in Canada.  If you are looking for some ammunition to defend your snow reputation, just ask some of the long-term locals about the truly great snow storm of 1996. 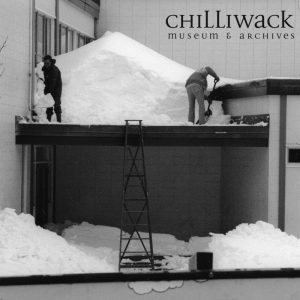 Christmas Day 1996 was a typical cold, but clear day.  Those visiting their family in the Fraser Valley could not have known the storm that lay ahead.  According to Environment Canada, 18 cm of snow fell in Chilliwack on December 26th followed by an addition 3.2 cm the following day. This precursor was just a warm up (or should I say snow base) for the real storm.  Then, on December 28th, 42 cm of snow fell in town.  Three-hundred and twenty people were forced to take shelter at Evergreen Hall alone.  Unprepared, those seeking refuge in Evergreen had to sleep on the floor.  The following day, another 39 cm of snow fell.  Despite MLA John Van Dongen’s resistance, the Ministry of Transportation and Highways had no choice but to close the highway between Chilliwack and Abbotsford.

By Sunday, December 29th, 982 people, 20 dogs, several cats, and one parakeet were seeking snow asylum at Evergreen Hall and the Hall was at full capacity. With the exception of Army trucks, vehicles were banned from driving.  Nevertheless, Chilliwackians showed their true colours.  Neighbours poured into Evergreen Hall and other shelter facilities to assist the City and the Salvation Army with cooking.  Many of those seeking shelter were offered beds at nearby private residences.  Archives volunteer Lawrie Edwards remembered opening up his house for a fellow BC Tel worker for three days.  Local stores, including Fraser Valley Meats, donated food delivered by army trucks.  Eventually the storm cleared and by December 31, Evergreen was once again empty for the holidays. 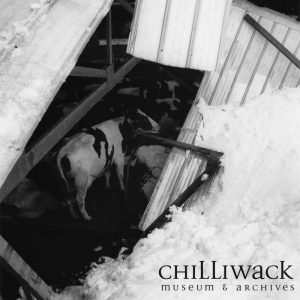 Despite the incredible strain on emergency services, not a single individual lost their life during the great snow storm of 1996.  Nevertheless, Chilliwack still experienced its share of damage.  Digging out the schools alone cost $15,000.  At Vedder Middle School, a frozen fire main broke causing the gym to temporarily turn into an ice rink.  Barns throughout the Fraser Valley collapsed and a lot of domesticated animals on nearby farms suffered.

The following month The Chilliwack Progress received a plethora of letters from locals praising emergency responders.  Commemorative survival certificates were sold for $2 with proceeds going to help fund the Chilliwack Search and Rescue and the Chilliwack Children’s Fund.  While certainly challenged, no one can doubt that Chilliwackians stepped up when needed and overcame the great snow storm of 1996.  Let’s hope next week doesn’t bring freezing rain or the next blog article will be about the great ice storms of 1917 and 1935.