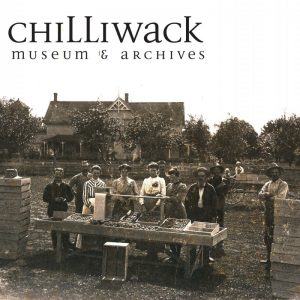 One of my favourite features of Chilliwack is the large variety of produce stands in this city.  Whether you prefer large produce shops where you can buy all your fruits and vegetables such as Hofstede’s, Garrison Gourmet Greens, and Produce Gone Wild or you prefer seasonal drive-thru fruit stands, Chilliwack has them all.

With Chilliwack’s rich agricultural history, it may not surprise you to know that produce stands are not a new phenomenon.  The Kipp family used to sell boxes of plums from a small makeshift table in front of their house as early as the 1880s.  Many long time residents of Chilliwack may remember the Carter Family Fruit Stand on the Haas Hop Yard at Evans Road or Woo Farms Potato Drive-in at Chilliwack’s South Chinatown.  The most iconic produce stand in Chilliwack’s history might just be Christie’s Produce Stand. 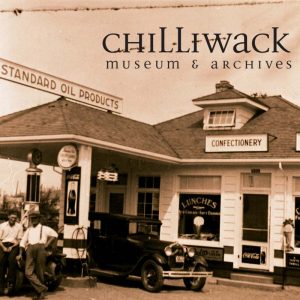 James Christie and Caroline Runzer married in 1925 at the age of 38 and 25 respectively.  The relatively new immigrants to Canada opened a restaurant in Stony Plain, Alberta.  In 1935 a devastating fire destroyed their restaurant so the couple packed up shop and moved to Chilliwack. They purchased land on Yale Road West just south of Cheam Avenue near the gates of the City for $600.

Upon arrival in Chilliwack, James immediately built a Standard Oil gas station that contained the living quarters for the family and a small lunch counter.  The gas station was sold in 1939.  A newer Chevron station still operates at the same location as Christie’s gas station.  In a 2005 interview with the Chilliwack Progress, James and Caroline’s daughter Audrey Neufeld recalled how, “dad was quite an entrepreneur, he had all kinds of ideas, and he did it all right here.”  After selling the Standard Oil station, James and Caroline Christie built a new home to house their growing family just south of the gas station. 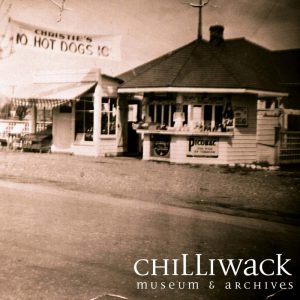 In front of the new house James built a small produce stand that also sold honey, ice cream, dill pickles, and hotdogs.  Just north of his produce stand James built a number of small commercial buildings that he leased out.  The hotdogs were served with a special relish made by Caroline.  She sourced her ingredients for the relish from her own garden.  Mrs. Caroline Christie’s famous hotdog relish recipe is available in a book, Chilliwack Pioneer Recipes.

Christie’s Hot Dog stand operated throughout the 1940s.  The family stopped selling hotdogs in the 1950s but kept Christie’s Farm Fresh Products open selling produce, honey, homemade dill pickles, candies, ice cream, tobacco, and camping supplies.  James and Caroline even began raising and selling chickens.  According to research by Sharon Lawrence, the family had 5000 chickens that were slaughtered, cleaned, and cooked.  They were used for lunch plates which consisted of half a cooked breaded chicken, homemade pickles, and homemade bun all for the price of $1. 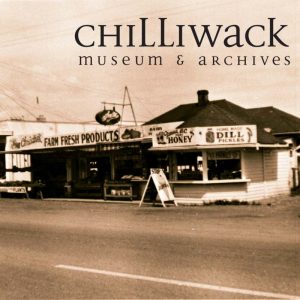 As the autumn colours come into full swing, I am reminded to stop by the produce stands and pick up a bag of apples.  Whether you prefer making apple pie or drying your apples for an outdoor adventure snack, make sure to support your local Chilliwack produce stand.