Movember Part 2 – Rise of the Goatee 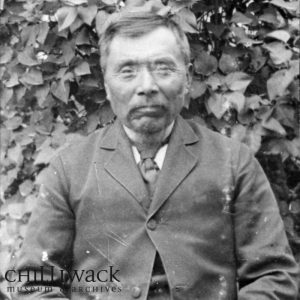 Last Movember I wrote a blog highlighting some of the individuals from Chilliwack’s historic past rocking a solid mo.  The moustache is grown each November as a symbol of support to raise awareness for men’s health issues.  This year, in addition to the typical male pattern balding, men’s health issues have particularly struck home for my family as we overcome some men’s health obstacles.  For those of you still feeling intimidated about rocking a moustache in 2018, rest assured.  Creativity is allowed and Movember is not limited to the standard stache.  Let’s take a look at some of Chilliwack’s finer individuals that went beyond the moustache and donned some pretty elegant goatees during their life.

Beyond the Stache – Growth of the Goatee 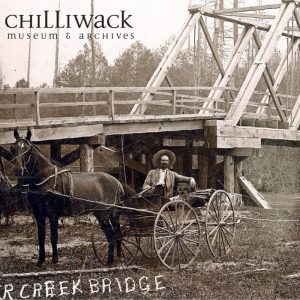 Captain John Swalis from the Soowahlie First Nation lived on the Th’ewa:lí settlement on the North bank of SWEE-ehl-chah (Sweltzer) Creek.  Like Chief K’hhalserten (Chief Sepass), Captain John Swalis lived during a challenging time of transition for his community and was widely respected both within his community and the growing re-settler community of the area.  According to Denys Nelson, Fort Langley 1827-1927: A Century of Settlement, Captain John first came into contact with the growing re-settler community in 1858 when he successfully navigated the American steamship, the Surprise, from Fort Langely to Fort Hope, proving that the Fraser River was navigable by steamship (P. 24).  Captain John was a resourceful builder and mover of goods.  He was instrumental in the construction of the Alexandria suspension bridge, established a ferry service across Ts’elxwéyeqw (Chilliwack) River, and designed and built the first permanent bridge at Vedder Crossing with other members of the Soowahlie First Nation.  Captain John helped construct the first church at Th’ewa:lí and vigorously advocated for his community.  Captain John was a leader in the Soowahlie First Nation for approximately 40 years.  He was born around 1810 and died December 9, 1908. 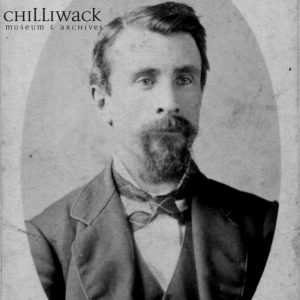 Louis William Paisley was born July 1, 1860 at York, Ontario.  He farmed for a number of years at Whitechurch, Ontario before heading west in 1890, settling in Chilliwack.  Described as a man of great energy, initiative, determination and good judgement, Paisley was an active promoter of Chilliwack.  In addition to his involvement in real estate development and insurance with Samuel A. Cawley, he was also a highly successful auctioneer.  He was involved with the local Masonic Order, the Independent Order of Odd Fellows, was president of the Agricultural Association, and secretary of the Dairymen’s and Livestock Association.  He purchased and brought into the valley purebred live stock, which was the nucleus of the fine dairy herds for which the Valley is now so well-known. He suffered a massive stroke in 1910, and passed away on October 14, 1914 at the age of 55 years. 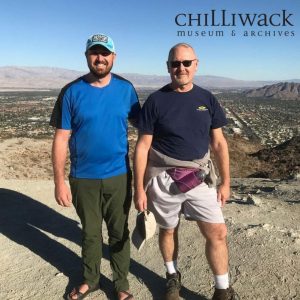 William Knight was born on July 24, 1851 in Horton Township, Renfrew County, Ontario.  Knight moved west in 1870 to join the volunteers in the Riel Rebellion, then moved west in 1874 to the Cassiar gold fields.  Knight purchased a small sawmill at Popkum in 1878, and continued in that business for 22 years.  He married Mary Jane Jennie Kipp, eldest daughter of Isaac and Mary Ann (Nelmes) Kipp on April 23, 1883.  William and Mary had eight children together, four daughters and four sons.  Knight Peak is named in his honor.  William Knight passed away January 15, 1928.

Dr. Greg Evans, father of Chilliwack Museum and Archives, Archivist (me), knows how to sport a solid goatee when the season is right.