On New Year’s Day,  the Chilliwack Progress predicted, “the year 1908 holds out great prospects for this little Valley… The expectations for this incoming year are great, the prospects greater, and the realizations will be the greatest of any.”  For new immigrants and re-settlers to the area, 1908 was a pivotal year marked with major changes.  The City of Chilliwack officially incorporated as a separate government entity from the Township of Chilliwhack.  The first Empress Hotel in Chilliwack opened, the new City of Chilliwack installed the first electric lights in downtown, and just two years later the British Columbia Electric Railroad opened the first passenger and freight rail line to Chilliwack on October 3, 1910.  As the City continued to expand that year, prominent local builder and architect Robert Harvey Brock began filling in the last vacant lot on the south side of Wellington Avenue between Main Street and Five Corners with the construction of the Royal Hotel. 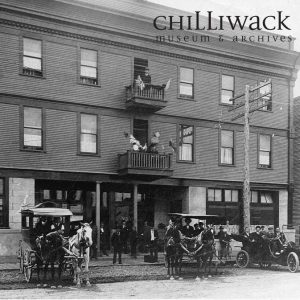 The Royal Hotel was the brain child of David Swain Dundas, the first owner.  He approached Robert Brock who then drew up the plans for the hotel.  J. C. Robertson completed the excavation work and laid down a concrete foundation for the building.  Upon completion, the three story hotel towered over local businesses in downtown Chilliwack.  The hotel featured many luxuries that we take for granted today including closets and bathrooms on every floor, steam heating, electric lighting, and telephone services.  After thoroughly touring and measuring every room in the hotel, one writer from the Progress finished the review of the hotel simply stating, “Mr. Dundas himself, has left nothing to be desired in hotel structure and modern conveniences.”

Although the Royal Hotel was well received, Dundas left the hotel business after just a few short years.  He sold the building to Cyrus W. McGillivary in 1912 for $47,000.  In 1926, Tom Berry bought the hotel from McGillivary.  Tom Berry’s son, Harry “Buck” Berry took over from his father in 1947.  The hotel was owned and operated by the Berry family until 1995 when Buck sold the building (CMA, AM 373 Tax Rolls). 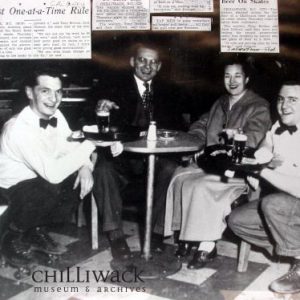 Large, colourful, and friendly owners, Tom and Buck Berry kept the hotel running through many renovations.  The biggest change during the Berry years came in 1950 when Buck bought the Royal Bank building on the corner of Main and Wellington.  Corresponding with new liquor laws in Chilliwack that allowed hotels to sell beer by the glass, Buck Berry merged the hotel with the old Royal Bank building and built a beer parlor in the building he called, the House of Blues.  To speed up service, staff wore roller skates as they rushed between the beer parlour and the kitchen, (CMA, Subject Files – Royal Hotel; CMA, 1999.065.002).

The hotel saw its share of disasters as well.  On July 29, 1958 lighting struck the Royal Hotel.  Instantly, “a gaping hole was ripped in the top of the Royal Hotel.  Seconds later the fire siren sounded and the city was alive with men, women, and children expecting the worst.  It was a miracle nobody was killed.”  An early response by the volunteer fire department saved the building.  Buck repaired the damage and the business continued.  Another fire damaged the hotel on August 9, 1974.  This time the fire started near the entrance and worked its way to the beer parlour, destroying the inside of the bar.  Undeterred, Buck again repaired the damage to the interior of the building.  Perhaps knowing how much the Royal Hotel owed the volunteer fire crew, among the many charitable activities sponsored by the Royal Hotel, Buck Berry also hosted the volunteer fire department’s annual banquet in the beer parlour. 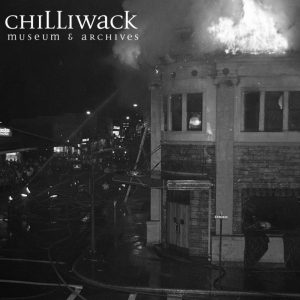 In 1995, Buck Berry sold the hotel.  The new owners began a massive renovation project beginning in May of 1996 and continuing through 1997 at the cost of $1,600,000 (CMA, Nicholas Desautels, 2016.023.001 file 7).  All thirty-four rooms were redecorated and upgraded.  Fourteen of the thirty-four rooms received special attention including, “restoration of wall-to-wall hardwood floors, an addition of a cast-iron claw foot tub to each room, and antique furniture in the form of chairs, wardrobes, and dressers” (CMA, Nicholas Desautels, 2016.023.001 file 7).  The old boiler system was replaced with high efficient gas units, and renovations to the exterior of the building were completed as well, always with an eye towards the historic significance of the building.